In October 2014, we noticed that EME experiments went wrong for specific pointing areas (mainly at West). 6dB can be lost without any good explanation. Additional experiments carried on geostationary satellites confirmed that offsets are fluctuating in a wide range. We tried to figure out what’s going on using a new tracking algorithm collecting 3D surfaces of the received signal.

The tracking is still done in 1D, but offsetting systematically the antenna  makes it possible to build 3D spatial images of the received power. We build a colored 2D projection of the 3D surface) . The absolute pointing AZ/EL values are converted into a target centric referential.

The following pictures were collected during a complete tracking of the Sun, (04/19 2015). The 3 dimensional values (Az,El,Power) are post-processed as a surface. A -3dB contour is estimated from the surface. A 2D offset is then defined as the barycenter of this -3dB contour. The center of a picture is the position of the target calculated from theephemeris.

We can notice that EL offset changes abruptly when AZ is crossing 180°. Now, it’s more difficult to interpret AZ changes. Positions can be positive or negative on a very short range. 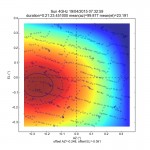 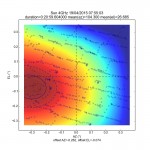 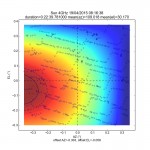 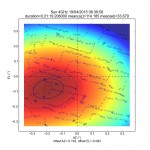 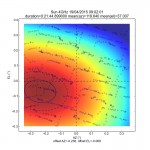 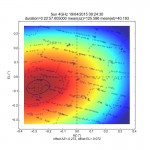 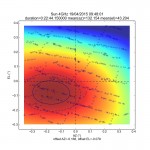 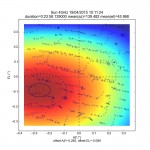 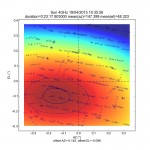 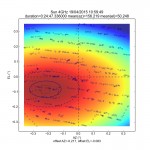 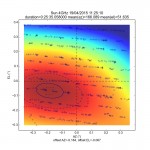 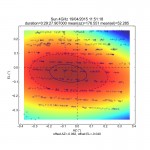 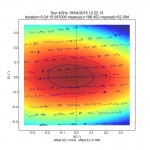 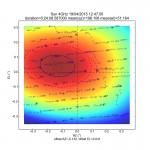 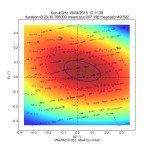 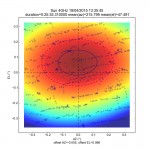 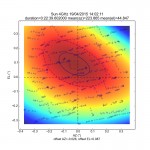 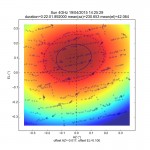 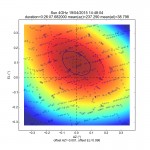 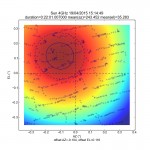 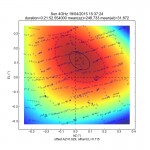 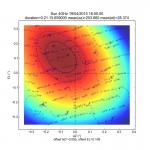 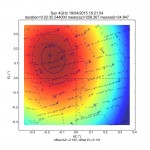 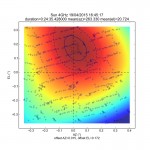 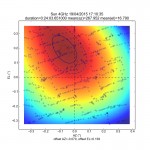 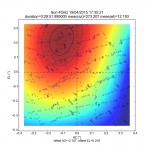 This entry was posted in Dynamics, Tracking. Bookmark the permalink.